Getting to Zagreb from the Airport: In Zagreb there are frequent shuttle buses, going from the Airport to the main bus station. These buses are completely adjusted to the flight schedules and depart from 07:00 (7AM) to 20:00 (8 PM). You can as well use the taxi service, as there is a taxi stand right in front of the airport building. Another option would be a pre-booked private transfer from the airport to any location in Zagreb or even in another city. This option has quite a few advantages, like:

⇒ Door to door service (no hassle with heavy luggage)

⇒Usually cheaper than the taxi service

⇒ No waiting time at the airport, as the driver is waiting for you, even if your flight is delayed

⇒ As you can choose the vehicle type, you can choose a bigger car if you are travelling in a group, so all of you will stay together during the travel 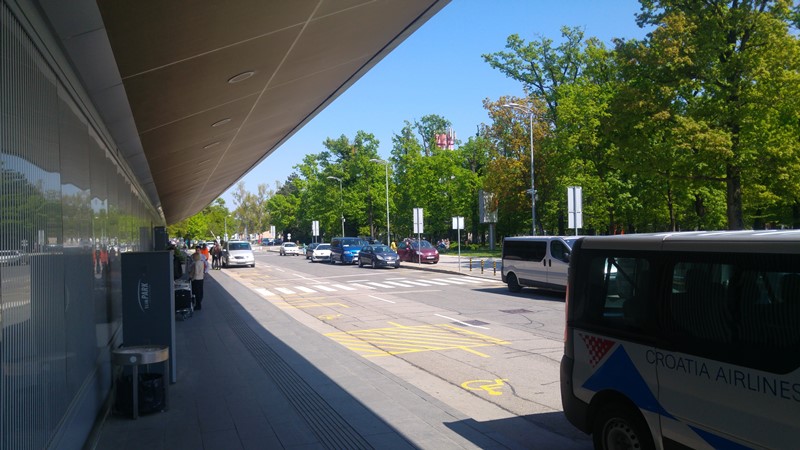 Getting from Airport Zagreb to other Croatian towns

If you land at the airport Zagreb and you need to get to other Croatian towns, either at the cost or the mainland or if you wish to visit one of the National parks in Croatia one option is to travel by bus. In that case you will have to get from the airport to the main bus station in Zagreb from where you can continue your travel to your destination. Depending on the day of travel and of the destination you wish to reach, it might happen that you will have to wait a while to catch your connection at the main bus station in Zagreb. It is as well possible to book a private transfer from the airport to another city or to a national park; here we have listed the most popular private tours.

Getting from Airport Zagreb to other Airports

If you need to reach other airports either in Croatia or in one of the neighbouring countries you can do so by bus. But in that case you will in many cases have to change the buses a few times, as usually all the buses operate between the main bus stations in the particular cities from where you will have to catch one of the shuttle buses to the particular airport. An other option to travel from one airport to the other is to pre-book a private transfer in advance. In that case the driver will wait for you at the airport in Zagreb and bring you directly to the other airport so you can stay the whole time in one car and don’t need to switch the vehicles with your luggage.

Getting from Airport Zagreb to towns outside of Croatia

If your plane lands in Croatia but you wish to continue your travel to one of the neighbouring countries, then you can do that by bus. As the main bus station is pretty well connected not only to other parts of Croatia but also to other parts of Europe, there are buses to many other destinations. If you are travelling to a city close to Zagreb you may as well use the services of a private transfer. In that case you will not have to wait for your connection nor hassle with your luggage. If you are travelling in a group, you can book a bigger car and you won’t have to worry if all of you will sit together.

Getting to Marinas in Opatija

If you have booked a charter boat from one of the marinas in Opatija and you need to get there with your entire luggage you can, of course, book a car or minibus which will take you directly there. If you have a lot of luggage with you, you can simply add extra bags as a remark and we will make sure that the vehicle which will pick you up has enough trunk space for your entire luggage.